Looking good is mandatory but playing your instrument is optional.

I recently posted photos of Semana Santa – Easter Week – in Spain. Religious processions are solemn occasions but we’ve always been amused by the teenagers who take part in the marching bands.

Jude of Travel Words and the earth laughs in flowers has invited me to join in with this challenge. Jude is an accomplished photographer/traveler/garden enthusiast so while out and about stays grounded and records everything with wonderfully entertaining results.

There are only two rules for this challenge:

Today I would like to nominate Sue Slaght at Travel Tales of Life to take part in the challenge. Sue has all the energy, enthusiasm and devilment I wish I had for travel. You just never know what she will do next. It’s all documented. Go have a look. You won’t be disappointed. 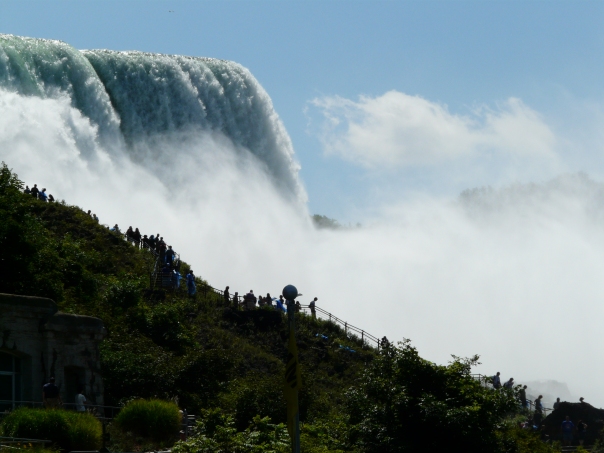 During a lump-in-throat inducing rendition of the national anthem by Dr. Jesse McGuire on trumpet, not the usual warbling pop star, and due to Air Force cuts we were treated to a fly past of 50 – Fifty! – airplanes in a tight chevron pattern. Everyone pointed and stared, open-mouthed, as the single-engine planes kept in perfect formation. From the moment they appeared on the horizon, soared gracefully overhead and disappeared behind the stadium the crowd was awestruck. As Dr. J completed the Star Spangled Banner the stadium erupted! (Above video is from 2009.) 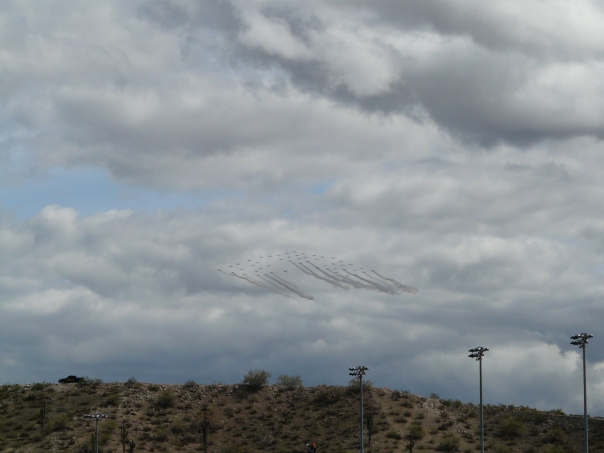 I’ve got goose bumps just thinking about it. Concerns about rain delays were forgotten as tufty white clouds and a brilliant Arizona sky formed a backdrop.

The parking lot outside the stadium was a sea of RVs with more of them littered all over the center of the track.

I had chosen to support a few drivers to increase my odds of picking a winner: Jimmie Johnson, because he is quite good-looking; Dale Earnhardt, Jr. because he won at Daytona and he seemed a good prospect; A.J. Allmendinger because he has the same initials as my son and you’ve just got love that last name; and Paul Menard because his car is so pretty.

For me, the racing is incidental to the rest of the excitement.

For those of you who feel that racing being incidental is a heinous statement, I took some photos of the racing. 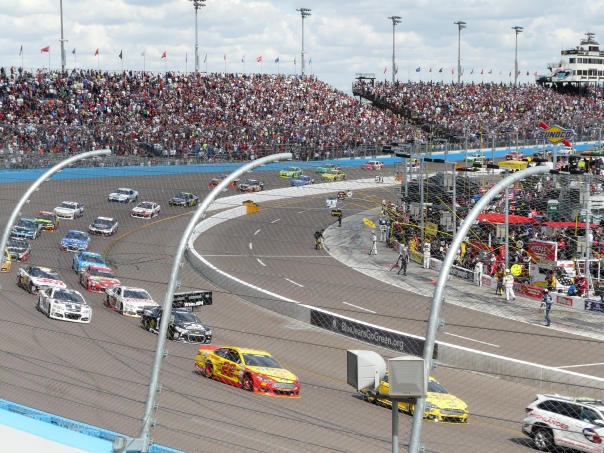 My criteria for choosing winners needs some revising as Kevin Harvick took the trophy.

If you just like the noise, turn your volume right up and watch and listen to a restart.

My ears are still ringing.

By the way, did you know that if you put in silicone putty earplugs and then eat crisps/potato chips the noise inside your skull is phenomenal. It sounds like the world is coming to an end.