Emerging from the shadowed entrance of the Priory Church in El Puerto de Santa Maria a procession begins its slow and somber way through the town. It’s Semana Santa, Holy Week, the week before Easter in Spain.

As she emerges into the evening light, and softly lit by candles, Santa Maria is still shadowed by her canopy. 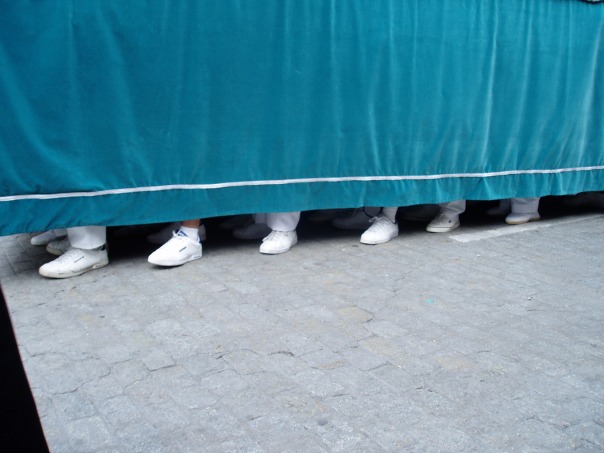 carrying what may weigh up to the weight of a small car in close quarters and shadowed for the whole of the procession: 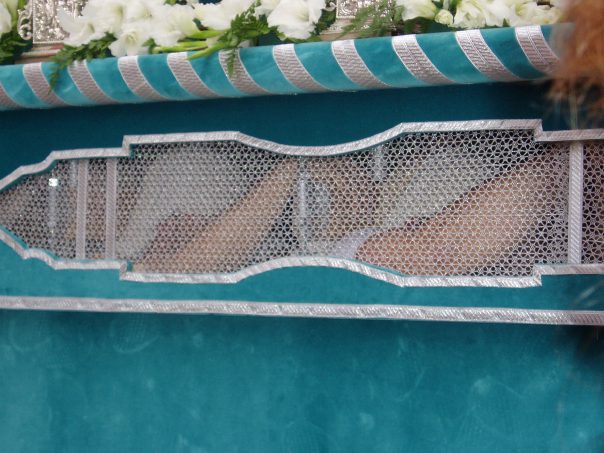 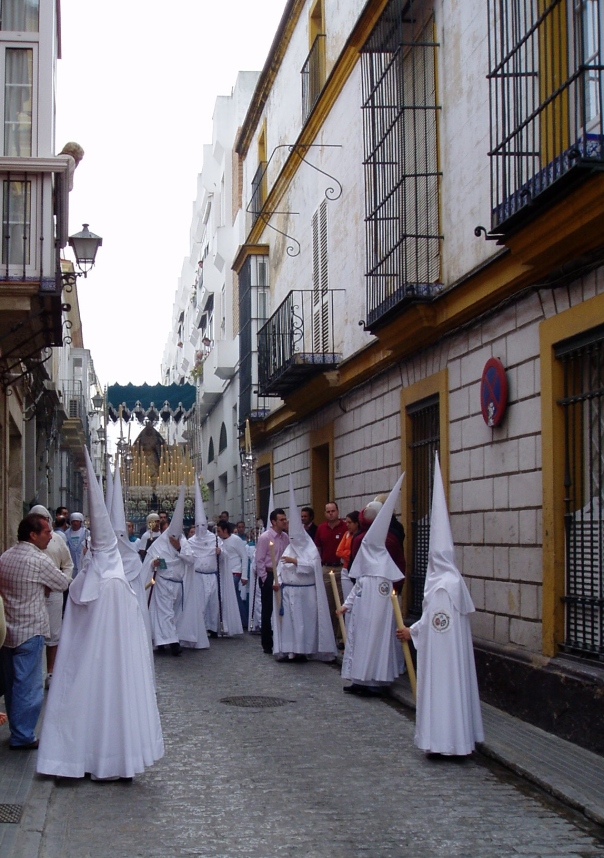 For me, the whole event was overshadowed by the eerie similarity of the religious brotherhood’s garb to the Klu Klux Klan. The brotherhoods  or fraternities – members of the parish who dedicate themselves to the Semana Santa processions – began establishing themselves centuries ago and have no association with the Klu Klux Klan, but it is said that the Klan took their idea of the robe and hood from seeing the effect it had on crowds at the processions.