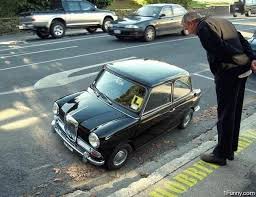 Homesick for my adopted country, England, I spent two weeks basking in glorious sunshine having left himself behind in his adopted country to contend with yet more torrential downpours. A daily occurrence on the Puget Sound he told me on the phone. Oh golly.

I was not allowed to pick up a rental car from Heathrow Airport on arrival after a night flight as my minder/usual travelling companion feared I would either circle London endlessly on the M25 or fall asleep at the wheel. Unable to defend myself I hopped on the tube.

After a day’s R & R from jet lag, I collected a teeny rental car and was completely flummoxed by a) a manual gearbox, b) a clutch, c) having to drive on the left again, d) sitting my bum so close to the road and e) an empty gas tank. I hadn’t touched a petrol/gas/diesel pump in over two years and the hand I usually had spare from not having to change gears had become accustomed to holding a cup of coffee.

Firing up disused neural pathways along with the engine, I successfully exited the rental car parking lot using an eleven point turn while pumping the clutch as though inflating an air bed. Had I been a fool to refuse the collision damage waiver to save a few pennies?

With intense concentration, I avoided all the other road users without a blast from their horns or angry hand gestures, sidled into a nearby petrol station on the correct side of the pump (ha!), filled the tank and drove up to the kiosk to pay. I felt I had achieved a major feat. Smiling triumphantly, debit card in hand, I was asked “Which pump?”

“Oh. I don’t know.” Deflated and much to the chagrin of the drivers in the queue of cars behind me, I squeezed out of the car having neatly pulled up an arm’s length from the kiosk so I could reach the window. I winced at the looks of pure hostility of the DRIVERS IN A HURRY. Three was my number and I slunk back to the car.

It’s shocking how I’d allowed myself to coast into blond tag-along mode. Having slowly and happily let my independence slip away over the years, I had to give myself a mental slap and take responsibility for myself for at least two weeks. Once that was accomplished, I enjoyed being responsible only for myself. Meals when I was hungry instead of at mealtime, trashy TV at full volume, junk food with no looks of disapproval, shopping more than was good for my wallet and a curious feeling of liberation when stepping out of the door without telling anyone where I was going or when I’d be back.