Iffy weather forecast? No problem! Erect a marquee.  In the rain. Oh. Problem. Hmmmm. Scratch head. What do we do next? 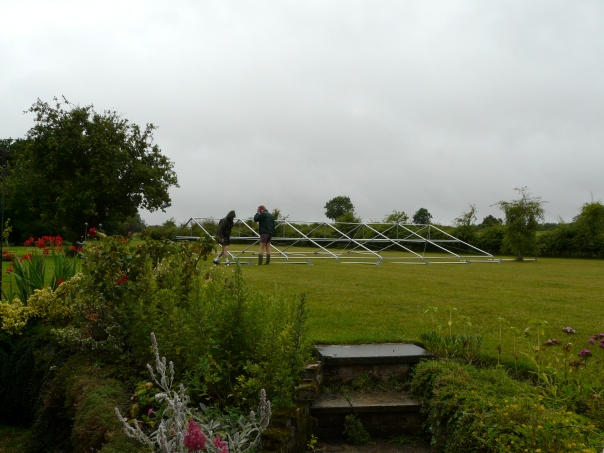 Aha! Put the canvas on the roof! Nice knees, Baz. 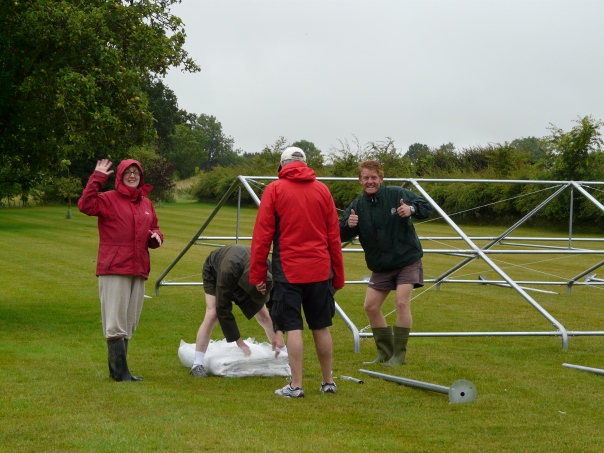 There was a lengthy time lapse and a lot of rain between taking the above photo and the one below. As part of the six-person erection crew to lift the half tonne structure into place there was little opportunity to take photos. 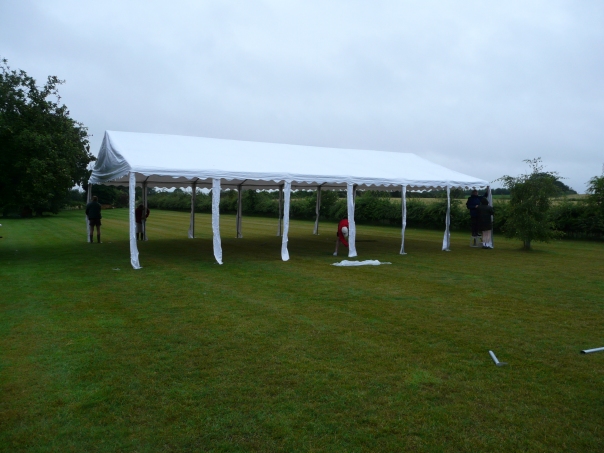 Once the heavy and slightly terrifying job of lifting the roof and inserting the supports on a windy evening was complete, photo opportunities presented themselves. 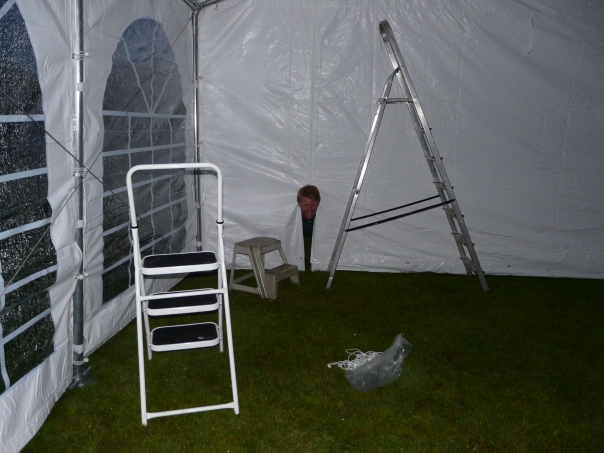 Is that a light on in the kitchen? Is dinner ready? Oh, please! Let me go in now! 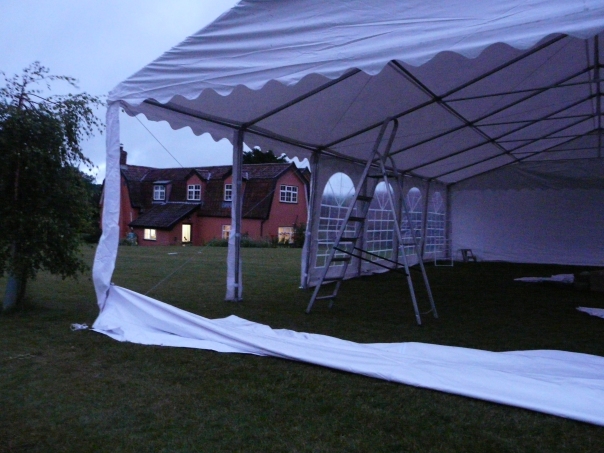 After a week of foul weather, the garden party day was a perfect English summer’s day . . . 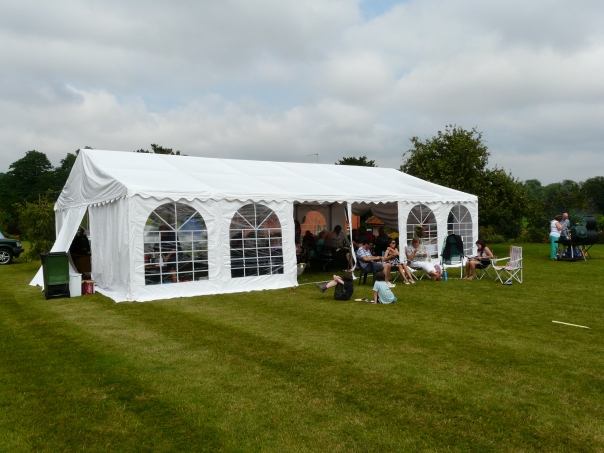 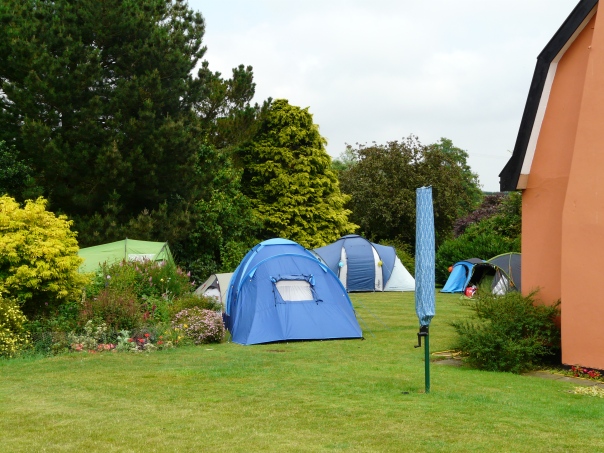 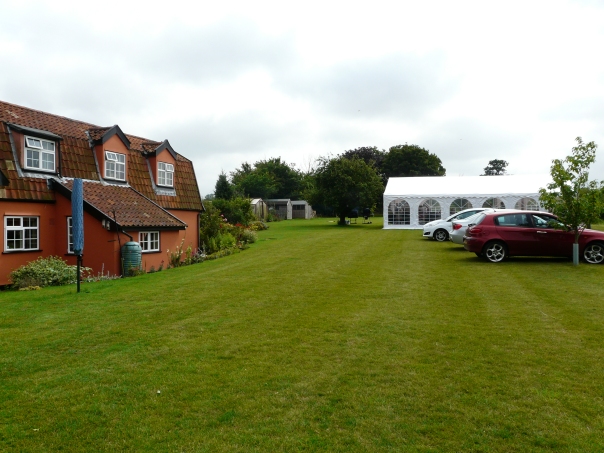 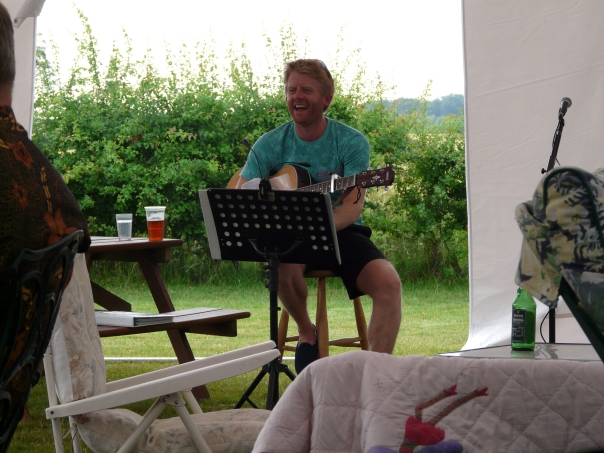 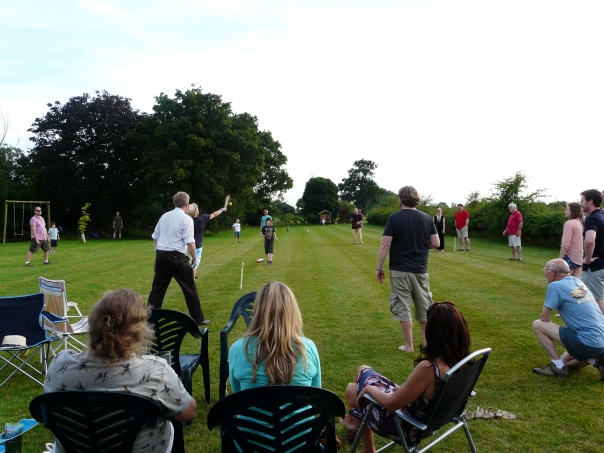 This particular game is rounders, a bat and ball game similar to baseball but played in England since Tudor times. That would be something like 1500 to those of you who think America invented baseball. The game played on this day had a very relaxed set of rules depending on the age  and ability of the player. There were no tears. Not even from the adults.

It was a perfect day. 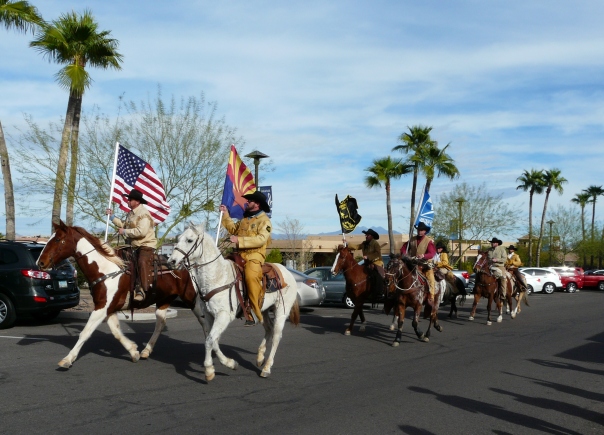 In 1859 the Pony Express linked the east coast of the United to the West, a 1900 mile run from St. Joseph Missouri – the end of the telegraph line – to Sacramento California. The riders were often lightweight teenage boys, most notably Buffalo Bill.

Today “neither rain, sleet, nor dark of night can stop the Hashknife Pony Express. Each January for the last 54 years, the old west is brought to life as an elite group of riders thunder through Arizona.” 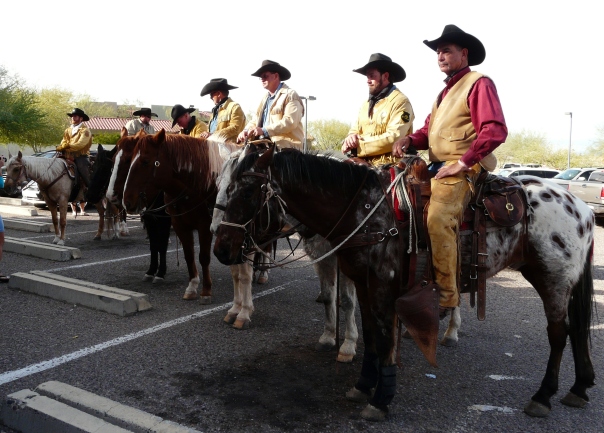 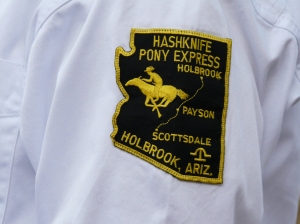 throat. Although growing up on the east coast, many iconic images of the west are woven into the fabric of my childhood:  the Grand Canyon, Monument Valley, Yosemite, Yellowstone, saguaro cactuses, California redwoods, giant sequoias, pioneers, wagon trains, cowboys. And the Pony Express.

America and Americans suffer a poor image abroad thanks to moronic celebrities, stupid movies, unfunny sitcoms, intrusive media, grasping politicians and greedy corporations but there are many more reasons to be proud of my country and my fellow Americans and The Hashknife Pony Express exemplifies this. 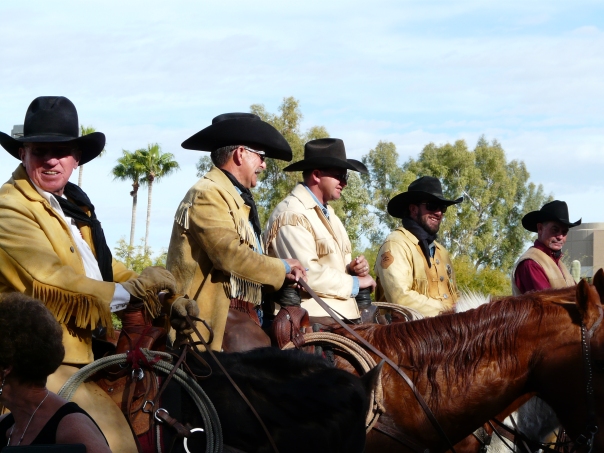 They epitomize the grit and determination of our forebears. Much of the landscape of the West is unforgiving – expansive deserts, dense forests, vast mountain ranges and worse places, like Death Valley where the temperature once reached 134º F and badlands, rocky terrains remarkable to see but treacherous to navigate. I have admired the beauty of these places from the comfort of a climate controlled vehicle and am constantly astounded at the resolve of my countrymen who came west – on foot, in wagons and on horseback. 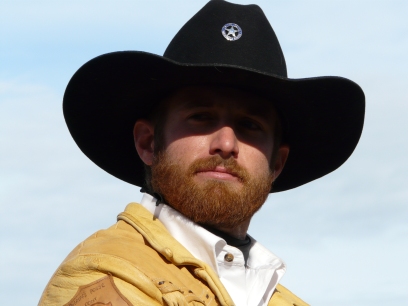 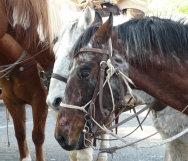 Or maybe you will. I’d never befriended a cockatoo before.

On a slight departure from “adventures in a box on wheels in America,” we flew to Australia to visit family. I never imagined an apartment balcony in the suburbs would provide wildlife encounters. The cockatoos were initially cocktail time visitors, smelling the snacks and gate crashing our party, until one of them spotted me for the sucker I am and came to visit for morning coffee as well. He didn’t care for the previously offered corn chips but took one from my hand, laid it at his feet, backed away from it and looked at me as though I’d given him a piece of cardboard. I found a vege chip for him. He took it politely, put it down, backed away again and looked at me plaintively. I had just insulted him.

Running out of options and not wishing to completely empty our hosts store cupboard, I chanced a few extravagantly priced walnuts. They hit the spot with this now picky bird. One at a time, he took them from my fingers, ate each one delicately as though savoring a truffle. Each walnut was prized and eaten thoughtfully, an exercise in mindful eating, something I’ve never been able to master.

At the Sydney Royal Botanic Garden the ibis practiced gang techniques and pressured tourists into paying protection tidbits. They would circle tables at the cafe and stare, getting closer and closer. Quite large birds, eyeballs nearly at table height, they intimidated a group of English people into sharing their tea cakes. When the group left the table the ibis swooped, whisking crockery aside to look for crumbs while smashing plates on the patio slabs. Those of us with stronger wills against rogue birds were greatly entertained as we finished every last morsel of our own food. 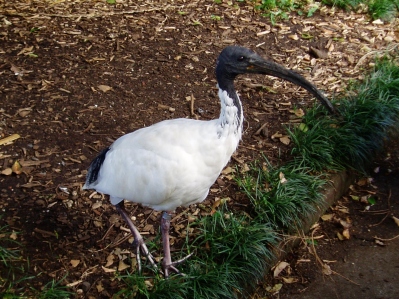 Gimme cake or else!

Hmmm. Let’s see what we have here.

What’s this? Shake, shake, shake. Oops! Did I knock a plate off the table?

The second sitting at the tea table didn’t last long as the long-suffering waitress shooed off the ibis with her dustpan and brush.

Back at the balcony Coop the cockatoo showed up twice a day until the nuts ran out.

Cockatoo or cockatiel? Do you know the difference? I believe Coop was a cockatoo with a beak strong enough to smash Brazil nuts. He gently nipped my index finger to show displeasure with my offering of inferior hors d’oeuvres but I could have lost a finger. Or several! 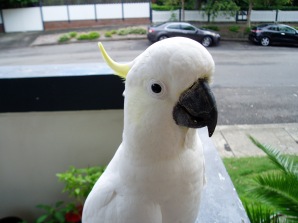 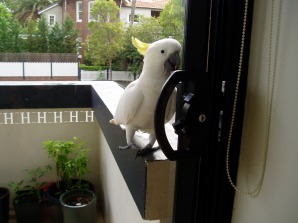 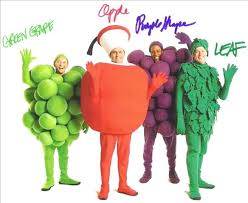