While living on the outskirts of Phoenix I witnessed several extreme dust storms, also known by the Arabic name of haboob! I can’t even say it without an exclamation point in my voice.

They would sweep through the valley between our balcony and the distant mountains giving us a perfect view of these Forces of Nature. Only once did I get a mouthful of grit and have to make a hasty retreat to the apartment. 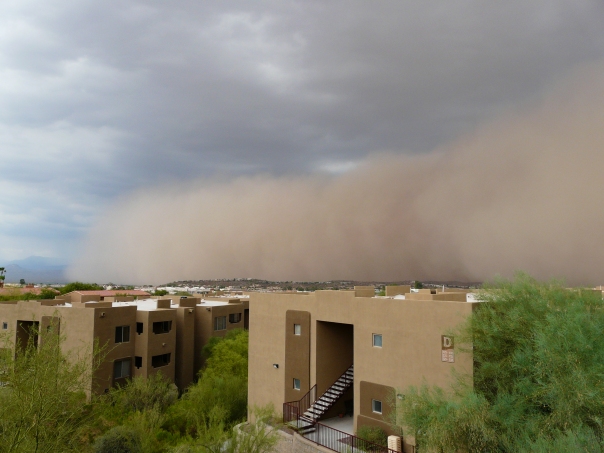 The view would completely disappear behind the spooky murk.

Moments later as the wind blew through the dust would disappear and the view of distant mountains and our ‘world famous’ fountain rising up to over 500 feet would reappear. 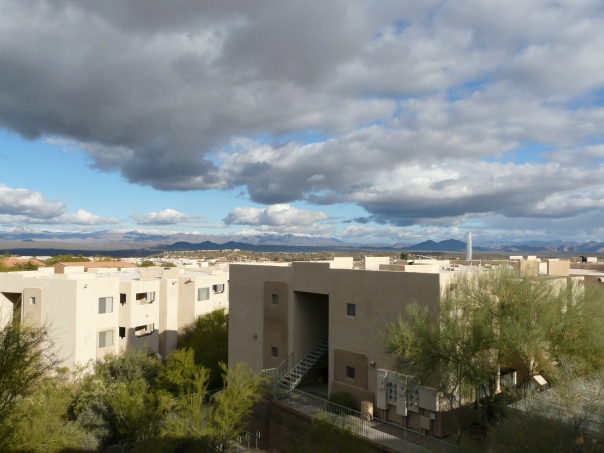 And later, a perfect moonrise over Four Peaks was revealed – two more forces of nature:

© Which Way Now 101, 2012-2013. Unauthorized use and/or duplication of this material without express and written permission from this blog’s author and/or owner is strictly prohibited. Excerpts and links may be used, provided that full and clear credit is given to Which Way Now 101 and whichwaynow101.wordpress.com with appropriate and specific direction to the original content.
Loading Comments...
Comment
×
%d bloggers like this: