As newbies to civilization the cause of the American obesity problem became clear to us. Cable TV is in the process of transforming us all into couch potatoes. As Jack, the cable guy, snipped and plugged and programmed, Jimmy and I were astonished at the channel list – Home and Garden, Country Music, Classic Rock, Vintage Cars, The Military Channel, A & E, Speed, Canal 52, Digital Music, Digital FM Radio and on and on and on. “Ooo! Look! There’s a jewelry channel.”

For the past two years we’d “enjoyed” watching a tiny flat screen TV in our caravan, receiving terrestrial channels broadcast in French and Spanish. Having a smattering of both languages helped little with translation. Ensconced in our new apartment, we were as excited as kids at Christmas at the prospect of television shows that we could understand.

As soon as Jack left, Jimmy commandeered the remote and splayed himself across the couch, mouth open, eyes glued to the screen. Every 30 seconds or so I would hear, “Oh! BBC World News,” or “There’s a soccer channel!” Excitement mounted as an eyebrow exercised a facial muscle, “Sky Sports News!” Then a little arm action, “Premiership football!” and lastly most of the upper body celebrated “Arsenal vs. Chelsea tonight!” He’d been deprived of European football/soccer in any language. Things calmed down again and after some leg raises – right and left onto the coffee table, and arm raises – right and left crossed over chest. He was sedated once more by the big flat screen with only some high speed thumb action flicking endlessly between football and motorcycle racing and the occasional yelp or groan emanating from him.

OK, confession time. I have made fun of Jimmy, but after I’d been up for an hour and a half by 7:00 am the day after cable installation, my thumb joint was sore. I’d surfed and searched and watched an evangelical lady preacher with big gems on her fingers, Sponge Bob Square Pants, all 15 minutes of a commercial for the tempur-pedic mattress having noted the toll free number and envied everyone getting a good night’s sleep, a Wal-Mart advert in Spanish and then settled on cruising through the 79 digital radio channels on TV, everything from Adult Alternative (uncensored) to Rap, Rock, Retroactive and Rock en Español. I was transfixed with the Traditional Christmas Music channel and Gene Autry singing the cowboy version of Frosty the Snowman. 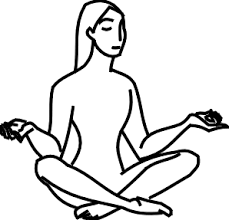 I’m now doing telly yoga and meditation. “The spirit of light in me respects the spirit of light in you.” This rather lovely and calming meditation was swiftly followed by a boisterous advert for a “Yoga Booty Ballet” DVD.  “Only two payments of $19.95! Order now and firm up your booty! 30-day money back guarantee!”

I have to tell you, though, that when Jimmy got up (only in the sense of not still in bed), and fell into his dent on the couch, I found him in a trance staring at a still picture on the TV-cum-radio of Bob Seger sitting on a Harley while singing (Bob not Jimmy) The Little Drummer Boy.

When the novelty wears off, we’ll get some exercise. Or not. But our waistlines tells me we should.

Apologies for the title. I haven’t solved the problem, just identified it. There’s no magic bullet here.