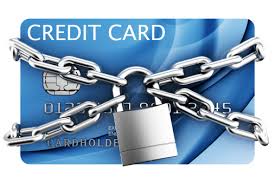 How were we to indoctrinate ourselves back into civilization without credit cards to abuse? Accustomed to being saddled with debt for years in the U.K. and Europe to the delight of all the corporations involved we faced the most extraordinary situation on arrival in the United States – not creditworthy! Credit history is stored under one’s social security number. The problem was that Jimmy didn’t have a SSN on arrival in the U.S. and mine had been inactive for 30 years. I didn’t have a bad credit history, just a curiously dormant past having been an ex-pat.

To get a credit card with our bank (a large multi national organization that doesn’t recognize that anyone outside of the United States has a credit history) I was required to deposit with the bank whatever amount of money I wanted as a credit limit, say $500. I could spend the $500 of my own money that I had deposited with them but then must pay my own money back to the bank each month. At the end of six months my account would be reviewed and “some restrictions may be lifted.”

Jimmy and I were both angry about this ridiculous requirement and got a bit snappy with each other because of our credit-card-free predicament, which was unfortunate as we can get snappy with each other without outside provocation. We’d made deposits to the electricity company and the phone company but the bank’s requirements were just the last straw. That and we don’t like banks.

Note: Five years later, the credit limit is still restricted to $800. What gives?

Second note: I still don’t have a credit card with the bank. I say let them struggle along without my credit card business.